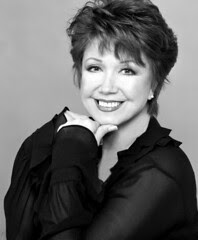 The casting is a major coup for the sapling Equity troupe in Shreveport, the only resident union theatre in the northern part of the state.

Artistic director Patric McWilliams told Playbill.com that the actress known for Broadway's A Chorus Line (for which she won a Best Actress Tony) and State Fair will play the faded Southern belle opposite Los Angeles actor Logan Sledge as son Tom Wingfield.

McWilliams will direct the Tennessee Williams play at Shreveport's Strand Theatre, the home of River City Rep. Performances will run May 3-12.

The director said he contacted McKechnie through friends and colleagues; he had heard Amanda was a role she wanted to play one day.

'She's been very generous and warm with us," McWilliams said. "We're looking forward to it.'"
More of the Playbill article, entitled If I Were a Belle: McKechnie to play Amanda in Louisiana Glass Menagerie.
Posted by Robert E Trudeau at 10:31 AM

Congrats to RCR! They are doing great!