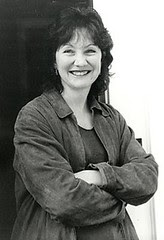 McCorkle will speak at Caddo Magnet High School Thur, Feb 8, as part of the Mary Jane Malone Lecture Series, said Mary Rounds, Caddo Magnet principal. The evening lecture, to be held at 7:30 pm in the CMHS Performing Arts Center, is free and open to the public.


“Billy Goats,” the first story in Creatures of Habit, was originally published in Bomb magazine and subsequently selected for The Best American Short Stories 2002. Richard Bausch called this collection “so rich, so complete an experience . . . McCorkle paints everything with such clarity, and beauty . . . With every line, she incites my awe and wonder.”

McCorkle’s short stories have been published in The Atlantic Monthly, Cosmopolitan, and Ladies Home Journal. She has also reviewed books for The New York Times, The Washington Post, and the Atlanta Journal-Constitution.

McCorkle will meet with students in English classes, address the campus at 1:30, and sign books after her public lecture at 6:30.

Robert,
Thanks for the enlightening info. about the McCorkle visit to Magnet High. Anyone attending is in for a real treat. With humor and incredible insight, McCorkle reveals common truths for all of us.