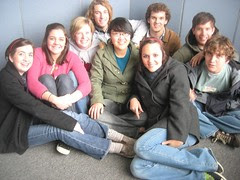 "There were 1500 people in the audience," said Wood. Said Ansley Hughes," It was a terrific experience. There were young troupes from across the country and Europe in the competition."

ACT packed the house for numerous performances in their recent presentation of Annie at the Performing Arts Center, First United Methodist. See photos on SptFaces.