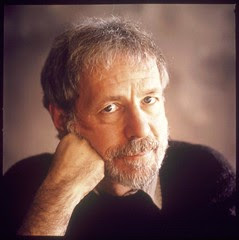 According to Wikipedia and Baton Rouge concert producer Johnny Palazotto, Winchester was born in Shreveport.

Winchester was part of the 70's Bearsville Records scene that included the Band, Paul Butterfield and Dylan. After taking up residence in Canada, Winchester became a rather quiet legend, writing cool songs, quietly releasing albums and focusing on tune smithing. Palazotto says Winchester gives an animated, affecting show; he compares him to Lyle Lovett.

Flett is on a new DVD/CD that's getting national press: "Jan 23 is the release date of the DVD “10 Days Out: Blues on the Backroads” starring Kenny Wayne Shepherd & Double Trouble and featuring B B King, Gatemouth Brown, Buddy Flett and other blues stars. Buddy and Kenny were filmed playing acoustic guitars at Lead Belly’s grave near Mooringsport, Louisiana, performing “Blues in a Honky Tonk Key” from the Bluebirds’ Swamp Stomp CD. "Ten Days Out" will be aired on PBS tv and available from Warner Bros. Recordings."

The Winchester/Flett show at LSUS Theater is Fri, Feb 2, at 8 pm.
Tickets at the door. See you there.
Posted by Robert E Trudeau at 4:04 AM