Among the nine skateboard-based artists in the show opening at Artspace Shreveport on Fri, Jan 31, 5 to 9 pm, ($10) is Brooklyn-based graphic monster Dennis McNett.

More: "Participating in both the ﬁne art and design worlds, McNett has created series’ for Anti-Hero skateboards, designed shoes for Vans, has had his work ﬁll the windows of Barneys, New York, and participate in the Deitch Artparade. His work has been featured in The New York Times, Juxtapoz, Thrasher and Complex Magazine."

Posted by Robert E Trudeau at 4:30 PM No comments:

Posted by Robert E Trudeau at 4:52 PM No comments:

Zack Kopplin is an American political activist, journalist, and television personality from Louisiana. Kopplin has campaigned to keep creationism out of public school science classrooms and been involved with other separation of church and state causes. He has opposed school vouchers because they provide public money to schools which may teach creationism. As a senior at Baton Rouge Magnet High School, he secured the signatures of 78 Nobel laureate scientists opposing the passage of the Louisiana Science Education Act, which opened the door for the teaching of creationism in public schools. Zack is active in issues involving the separation of church and state and is a strong voice for the teaching of science in public school classrooms.

Zack will be on campus Wednesday night at 7pm, and Thursday at 11:10am. Both events are in the Whited Room, which is in Bynum Commons. The Monday, Feb. 3, event is also at 7pm in the Whited Room. It will be a panel-led community conversation.

Email: bleuck@centenary.edu
Posted by Debora Demaree at 8:08 AM No comments:

Smear paint with a master: skateboarder Steve Olson at Artspace Shreveport to show how to make the leap from board to art gallery


Olson will use your child as a "brush" to create a new work of art, says Megan Porter. These "pieces" will become part of Steve's upcoming exhibition. It is gamely called "Generationless: Skateboarders can be artists, too!"
In the video above you can see compagno Olson making art at the Venice Biennale in 2011.
Posted by Robert E Trudeau at 5:05 PM No comments:

BAC's Gallery Fine Art Center presents the art of Julie Crews, John Wagoner and Steve Zihlavsky, says Leigh Anne Chambers. The Show will be from Feb 1- April 30 with a reception on Feb 25, 5:30-7:30.

Julie Crews grew up in Asheville, NC. Her painterly work bespeaks an ability to find beauty in the mundane and surprise in the repetitious.

In 2007 she received her Associate degree in Illustration from Brigham Young University- Idaho and in 2008 she had her first solo exhibit in Salt Lake City. She has since been included in several National Juried Exhibitions and was chosen as a Louisiana Public Broadcasting Patron Artist in 2011.

Posted by Robert E Trudeau at 3:59 PM No comments:

Lee Morgan will discuss his personal stories of integration in the Shreveport-Bossier area and on Centenary's campus. Archivist Chris Brown will introduce the "Presence of African Americans at Centenary prior to 1956" history exhibit, located in the lobby of Bynum Commons. Lunch with the speaker.

Dr. Dana Kress and Dr. Peter Huff lead this conversation about the unsung heroes of the Civil Rights era.

Listen to a Centenary alumna discuss her years at Centenary and her current work with the Shreveport Mayor's office.

"Race—The Power of an Illusion," is a three-part PBS documentary mini-series that investigates race in society, science, and history. For directions to the University Center Theatre, visit http://www.lsus.edu/about-lsus/visit-lsus/campus-map-of-lsus.

The Mahogany Ensemble Theatre will stage a reading that honors the lives of Denise McNair, Carole Robertson, Cynthia Wesley and Addie Mae Collins, on the 50th anniversary of the bombing of the 16th Street Baptist Church in Birmingham, AL. The play takes a look at what every child imagines they want to be when they grow up and dares to examine what it's like to be a child in the most extreme conditions. Admission $5 for the public.

Posted by Robert E Trudeau at 3:27 PM No comments:

Lloyd Maines and Terri Hendrix, a photo by dave_hensley on Flickr.

"This Sunday will be the fourth time that Terri Hendrix and Lloyd Maines will perform in the Shreveport House Concert Series at Fairfield Studios. Wonder why we would have them back more than any other performers? Because they are that good," says Jim Huckabay.

Posted by Robert E Trudeau at 12:01 PM No comments:

Patric McWilliams and River City Rep will present the one woman show, Silent Witnesses, at East Bank Theater. A production based in Loa Angeles, it is directed by Anita Khanzadian.

"I saw it in NYC and it's a really wonderful evening of theatre. This is a continuing project of River City Rep's to bring performance pieces dealing with contemporary issues and subjects dealing with humanity in a visceral, entertaining style," said McWilliams.

Posted by Robert E Trudeau at 4:42 PM No comments:

"The goal of the Bayou To Bay project is to improve the health of our local waterways. Through education, action, and play, communities in Northwest Louisiana will learn to care about what it means to be "downstream," one watershed at a time," says Jon Soul.

Posted by Robert E Trudeau at 8:10 AM No comments:

BAC compiling guide to those who create Lights. Set. Sound.

The Bossier Arts Council is currently compiling a resource guide for traveling theatre companies, says Leigh Anne Chambers.
They are searching for local

If you would like to be included in this guide,
Please send your contact information to robin@bossierarts.org.

Posted by Robert E Trudeau at 1:53 PM No comments:

Critical Mass 2 deadline Jan 25, a photo by trudeau on Flickr.

The Exhibition encourages Artists to register on the NWLA Artists’ Directory (by the date of submission of artwork) and to submit one work to be exhibited and critically reviewed by a professional, out of area Critic. The Critic will select the work of one artist who will advance to a “solo” Exhibition/Presentation.

SRAC will support the solo Exhibition with a $2,000 cash award and an advertisement featuring the selected Artist in a national publication. The Critic will return to artspace to review the work; the review will be published.

The 2014, Critical Mass 2 @ artspace Exhibition will bring three nationally renowned Critics so that awards can be presented in Visual, Literary, and Performing Arts.

Posted by Robert E Trudeau at 10:39 AM No comments:

Bayou to Bay @ Caddo Magnet HS, Shreveport, a photo by trudeau on Flickr.

Jon Soul, Shreveport waterway activist, ushered some 200 Caddo Magnet HS students onto a sloping lawn to demonstrate the properties of a watershed. Earlier, his visual show helped students learn the difference between a storm drain and a sewer. He showed the teens images of the massive amounts of trash that clog Bayou Pierre a few miles south of Shreveport.

Scores of plastic water bottles strewn across the lawn reminded students of the typical ways in which citizens contribute to the degradation of the watershed.

Said student Ryan Vauclin, "I've learned a lot today about the impact of innocent garbage on the environment. I liked his point about the number of basketballs, softballs, soccer balls and kids' play balls in the bayous. Eventually those rubber and plastic balls arrive at the Gulf of Mexico. Our bayou trash becomes an international problem."

Posted by Robert E Trudeau at 7:08 PM No comments:

"Earth Energy Alchemy" is the title of Tony Reans painting exhibit at River Oaks Square Art Center, Alexandria. It opens Jan 10 with a party which will be webcast, says Reans.

Posted by Robert E Trudeau at 5:46 AM No comments: 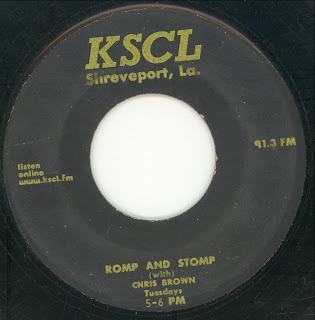 The ninth annual all-Shreveport radio show on Romp and Stomp is scheduled for Tuesday, January 14, 2014, from 5:00 to 6:00 pm. Tune in to KSCL 91.3 FM or listen live online at www.kscl.fm. You’ll hear songs by Shreveporters, songs about Shreveport, songs recorded in Shreveport, and songs released on Shreveport record labels.

baroque, a photo by trudeau on Flickr.
Posted by Robert E Trudeau at 8:47 PM No comments:

The artist will take the measure of Shreveport's snakes, goats and art collectors with a residency at Meadows Museum Jan 13 - 18.

Posted by Robert E Trudeau at 2:08 PM No comments:

Baroque Artists of Shreveport , a photo by trudeau on Flickr.

The Baroque Artists of Shreveport will present a concert at St. Mark’s Cathedral on Sunday, January 12, 2014, at 2 pm. "Their concerts, which consist entirely of music from the Baroque period, are always exciting and impeccably performed," says Leslye Gilchrist.

The concert is free and open to the public.

Posted by Robert E Trudeau at 9:06 AM No comments:

Dallas Buyers Club 05, a photo by CoolHunting Project on Flickr.

Posted by Robert E Trudeau at 4:17 PM No comments: