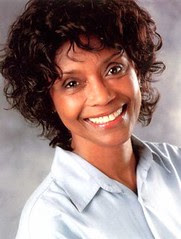 Avery will be playing the role of Berenice Sadie Brown in the Carson McCullers play. "Wedding" depicts the lives of whites and blacks in the South during the 1940s and the turmoil of twelve year old tomboy, Frankie Adams, as she awkwardly enters adolescence. Berenice, who works in the Adams household, has become a surrogate mother to the young and motherless girl.

Avery was nominated for the Oscar in Steven Spielberg's, "The Color Purple" for her performance as Shug Avery, the jazz singer. Currently, Avery can be seen in two films: "Welcome Home Roscoe Jenkins" and Tyler Perry's "Meet The Browns." Avery has won a Los Angeles Drama Critics Award and a NAACP Lifetime Achievement Award.

The play will be directed by Patric McWilliams, Artistic Director of River City Rep; he will also design the sets and costumes. Tristan Decker will be the Light Designer and Kermit Poling will compose original music for the production.