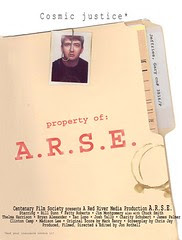 Jon will screen a selection of short films that he has completed as
assignments for his film professors at USC before opening the floor
for discussion and questions, says Robinson Film Center's Chris Jay. The RFC is hosting
this event in hopes that aspiring filmmakers who are interested in
attending film school will attend. Jon's experiences in the
highly-competitive filmmaking environment of USC will definitely help
prepare student filmmakers for the challenges they will one day face.
Also, says the enthusiastic Jay, "he's just a cool guy from Shreveport making outstanding short films that everyone - filmmaker or not - will enjoy."
Posted by Robert E Trudeau at 10:28 AM

Jon was my teacher for short film in Shreveport, LA at renzi art center.. i have been trying to find some way to contact him but still haven't. If anybody can help me please I ask of you to do so. Thank you.