Cat on a Hot Tin Roof auditions at SLT on Sept 22: only cats and hot tin rooves need apply 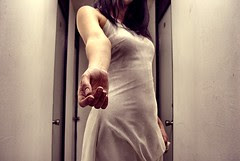 'Cat' was the recipient of the 1955 Pulitzer Prize for Drama.

The director is seeking highly experienced actors: 5 men, 3 women, & 5 children between the ages of 8 and 12. Also seeking individuals to play housemaids or servants. All roles are open.

Auditions: Shreveport Little Theater, 812 Margaret Place, on Sept 22, 2 p.m. for children and 3 p.m. for adults. Actors will be asked to read from the script. Sides will be provided.

Rehearsals will be weekdays from 7 - 10 p.m. and Saturday from noon – 4 p.m. beginning December 2, 2007. The show will be staged on January 10, 11, & 12, 2008. Anyone wishing to be considered should bring a complete listing of conflicts during the rehearsal period and, if available, a resume and headshot.

The director asks that you audition only if you have open availability and can fully commit to attending all scheduled rehearsals.