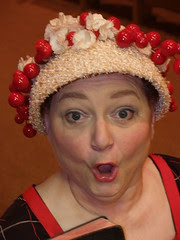 Bonnie Bailey: Smoke on the Mountain, Shreveport
Originally uploaded by trudeau
Shreveport Little Theatre’s box office will open Sept 4 for Smoke on the Mountain Homecoming, a bluegrass musical appropriate for the family, says Robert Darrow. It will be staged Sept 13, 14, 15 at 8 p.m., with matinees on September 15 and 16 at 2 p.m. at the University Center Theater at LSUS.

It is part three of a trilogy that follows Smoke on the Mountain and Sanders Family Christmas. The first two productions of the trilogy broke all box office records for the Shreveport Little Theatre.