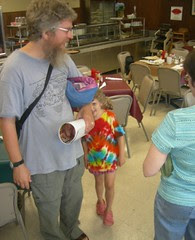 Steinberg will read from and sign copies of "In My Father's Room: How War Changed Our Lives Forever," co-authored by his late father Louis Steinberg and Jesse Moore.

The memoir combines Louis' letters home from the South Pacific during World War II with Michael's memories of his opposition to the Vietnam War, and how their relationship was affected. Steinberg is also the author of, among other books, the novels "The End of Tobacco Road, Homes, Not Jails!, and Romantic, Connecticut.

The bookstore and gallery are located at 725 Milam St. in downtown Shreveport, and the event, which is free and open to the public, will start at 7:00 p.m.