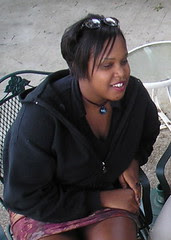 
From June 15 to 17 at Festival Plaza numerous musical performances and hot food and cold drink will feed some 20,000 partiers, says the Let the Good Times Roll web site.

There is a Golf Tournament and Awards Program and scholarship fundraiser. Also, there's a Community Essay Contest Program for students. Winners are given monetary awards. And there's Project Uplift, which comprises "various programs organized to help within the community."