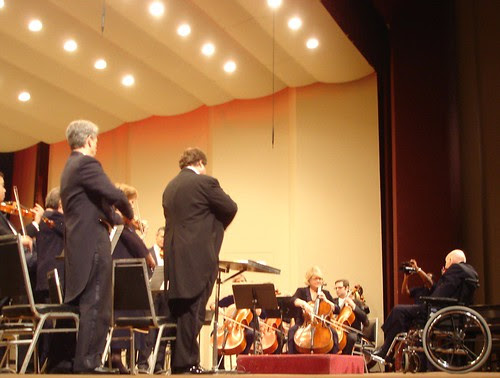 The year was 1948 and post-war Shreveport wondered what to do with itself. It was not clear that the US would muscle its way into a new era of prosperity.

Jimmie Davis' term as governor ended in 1948, says CaddoHistory.com. The governor hit the road as a full fledged entertainer, fronting his Sunshine Band. 1948 was also the year that KWKH first broadcast the Louisiana Hayride.

But there were music lovers in Shreveport who wanted to experience performances of something other than pop music. They coalesced around young violinist John Shenaut. On their minds was the founding of an orchestra and an opera.

Surely it was a struggle. In fact, Shreveport had already seen the formation and dissolution of a symphonic orchestra in the 1930's.

But the team used the charming Mr. Shenaut to galvanize a new effort.

Maestro Shenaut became the leader and the face of an organization that grew into an institution, the Shreveport Symphony Orchestra. He lead the SSO for some 30 years.

The Maestro was well honored by Shreveport during his long life. The photo of Shenaut in wheelchair above was taken during a SSO concert in 2007 dedicated to his enduring energy.