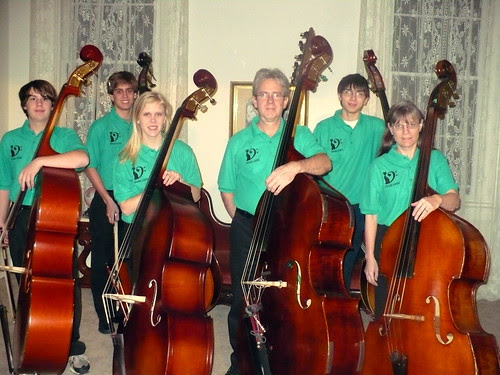 Chris Allen is directing a new group of upright bass players called the “Bass Cats” that will be performing on December 17th and 18th, says Allen.

If you arrive at the Shreveport Symphony concert a little early on those dates, you’ll hear Chris and five of his students playing holiday music in the lobby of the Riverview Theatre beginning around 7 pm.

The ensemble is fashioned after San Francisco bassist Barry Green’s “Green Man Group,” a dozen bass students who perform and tour together. Barry Green is known by symphony musicians as the guy who wrote “The Inner Game of Music,” a book dealing with the psychological aspect of music performance, which most serious musicians have read at one time or another.

Future information about the ensemble will be posted at www.chrisallenbass.com.