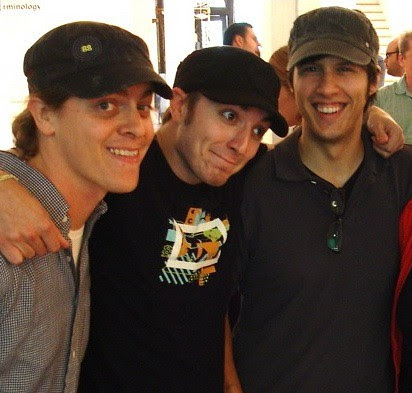 A lengthy article in Atlantic Monthly gives Moonbot Studios google-eyes and Shreveport the benefit of the doubt in such measure that a publicist would weep with joy.

It is entitled "How to Build the Pixar of the iPad Age in Shreveport, Louisiana."

Well, you will say: Moonbot has earned the media's bedroom eyes. Indeed it has.

Says the Atlantic, "Morris Lessmore may be the best iPad book in the world. In July, Morris Lessmore hit the number one spot on Apple's iPad app chart in the US. That is to say, Morris Lessmore wasn't just the bestselling book, but the bestselling *app* of any kind for a time. At one point or another, it has been the top book app in 21 countries. A New York Times reviewer called it "the best," "visually stunning," and "beautiful." Wired.com called it "game-changing." MSNBC said it was "the most stunning iPad app so far." And The Times UK made this prediction, "It is not inconceivable that, at some point in the future, a short children's story called 'The Fantastic Flying Books of Mr. Morris Lessmore' will be regarded as one of the most influential titles of the early 21st century."

Read on to learn more about the roles of Bill Joyce and Christina Ellis in the story of Moonbot and Shreveport. You'll also catch a vibe as the Atlantic reporters visit Artspace and "The Fantastic Mr Fox."