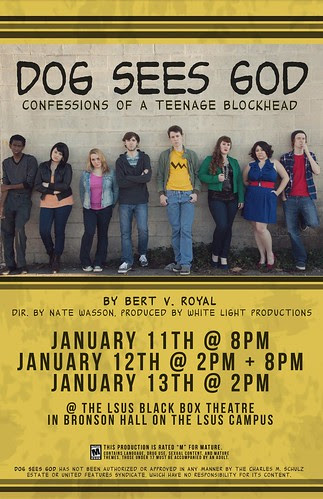 LSUS Black Box Theater, a photo by trudeau on Flickr.

Dog Sees God was written by Bert V. Royal, produced by White Light Productions, and is being directed by Nate Wasson.

An "unauthorized parody," the play imagines characters from the popular comic strip Peanuts as teenagers. Drug use, suicide, eating disorders, teen violence, rebellion, sexual relations and identity are among the issues covered in this darkly funny and poignant drama.