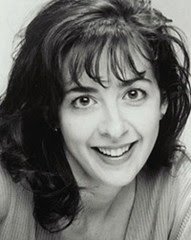 "Love Arm'd" is a multi-media one-woman show focusing on the life and work of Aphra Behn, a fascinating 18th-century celebrity, considered by many to be the first professional woman writer. Her work reflects her exciting adventures as a spy, mistress and intellectual woman.


Created and staged by New York actress Karen Eterovich, "Love Arm'd" has been performed to critical acclaim on stages across the U.S., Canada and the U.K. Her performance at LSUS will mark her third in a series of four commemorating Women's History month. This performance is made possible in part by contributions from the Noel Collection and the Louisiana Endowment for the Humanities.

The biography will unfold in the LSUS University Center Theater Saturday, March 5, at 8 p.m. The program is free and open to the public.