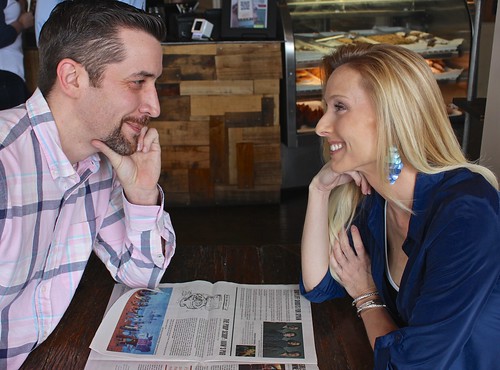 He Said-She Said is a viewer-participatory, visual-literary art exhibit, says Mike Sledge. Using repurposed material, he provides a medium for the exchange of honest and intimate dialogue between men and women, and between same-sex partners. The artist is merely a catalyst and facilitator, and those who write their words are the undisclosed speakers whose thoughts and feelings are expressed by way of initiation and response.

He Said-She Said takes a risk. But as St. Thomas Aquinas said, “If the highest aim of a captain were to preserve his ship, he would keep it in port forever.”