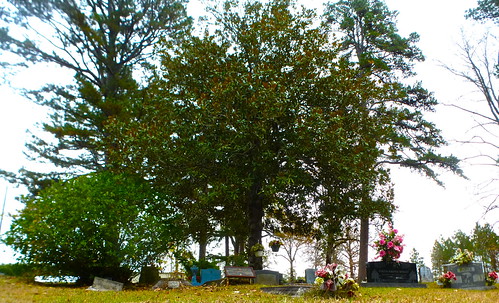 The annual Lead Belly graveside memorial jam will be banged out at noon on Sat, Nov 7, about noon at the Shiloh Baptist Church graveyard in Mooringsport, Louisiana (10395 Blanchard Latex Rd, Mooringsport, LA 71060-9150), says Katy Hobgood Ray. Louisiana musicians will gather at the grave of Huddie “Lead Belly” Ledbetter to perform his songs from noon - 1 p.m. All are welcome.

The legendary Huddie Ledbetter was a larger-than-life American singer called King of the Twelve String Guitar, and, sometimes, the Father of American Folk Music. He was known for a vast repertoire of songs - ranging in style from children's ditties to political rags to waltzes to country blues. Many of his songs have become standards, including “Goodnight Irene,” “The Midnight Special,” “Rock Island Line,” “Alberta,” “Pick A Bale Of Cotton,” “The Bourgeois Blues,” and “Birmingham Jail.”

The drive to Shiloh Baptist Church traverses some of the lovely woods of North Louisiana. The route also passes the Longwood General Store and Mobil station where drivers can fill a tank and fill numerous hungry bellies. Take I-20 Exit 3 (LA -169), North 10 miles to Caddo Parish #6. (a.k.a. Blanchard-Latex Rd.). Turn left on Caddo Parish #6, drive 2.6 miles to Shiloh Baptist Church. 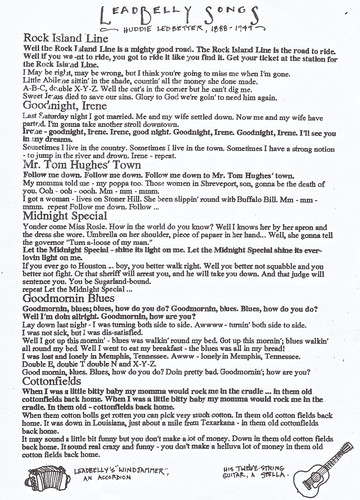