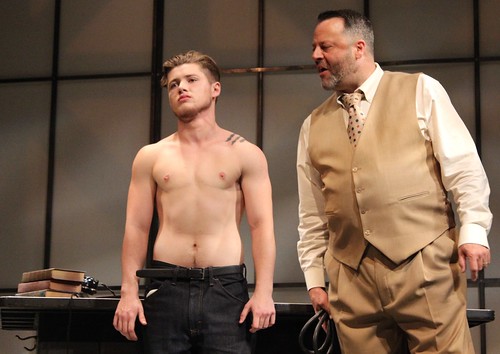 Not About Nightingales is a three-act play written by Tennessee Williams in 1938, says Wikipedia. A group of inmates go on a hunger strike in attempt to survive cruel treatment.

Eva, the new secretary at the prison, is busy avoiding the Warden's advances and falling for Jim, an inmate. Williams gained inspiration for the play after reading newspaper accounts of inmates who suffocated in a steam room in a Pennsylvania prison.

Although the play was originally written in the 1930s, it wasn’t discovered until the late 1990s when Vanessa Redgrave made it her personal mission to track it down.

Directed by Assistant Professor of Theater Logan Sledge, Not About Nightingales will run at Marjorie Lyons October 8-10 at 7:30 p.m. - with a 2 p.m. matinee on October 11.

John Bogan will guest star as Warden Whalen. Says Bogan, “It’s easy to hear notes of a style that would later coalesce in memorable characters like Harold ‘Mitch’ Mitchell in A Streetcar Named Desire, Big Daddy in Cat on a Hot Tin Roof, and Laura Wingfield in The Glass Menagerie.”

On opening night, Oct 8, Centenary faculty and staff will facilitate a post-performance “talk back” exploring the 2015-2016 theater season theme “Why Unto Others…” 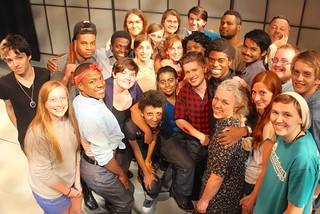