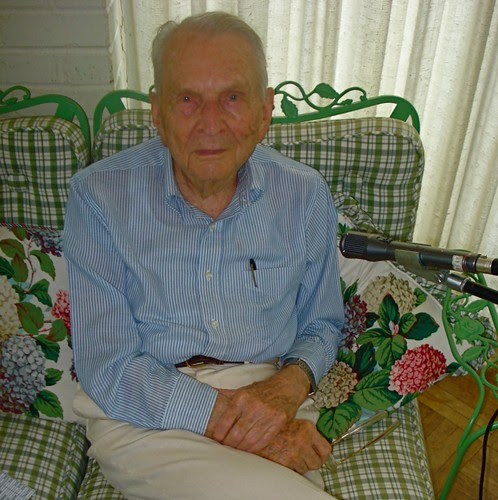 General Hardy was a 1938 graduate of Centenary College. Having retired from the Air Force in 1970, he lived in Shreveport and served on the Centenary College board of directors for many years. A member of numerous prestigious boards, in 2008 he was named a Louisiana Legend by LPB.

In 2009 Hardy was interviewed for the Shreveport regional Arts Council project Triumph Over Tragedy: A Commemoration of the 80th Anniversary of the Great Depression/New Deal Era in North Louisiana.

In the interview Hardy is reflective and measured in tone. Away from the mic but adding comments is his wife, Norma Ann Hendrick Hardy. The recording is almost an hour in length. Listen to it at http://archive.org/details/LtGenSpencerHardyShreveportOnTheGreatDepression.