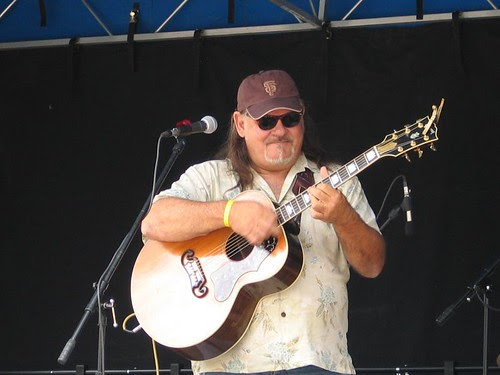 Travis Jones of Houston Jones, a photo by Zen Curmudgeon on Flickr.

In the vast world of music being made by people associated with Shreveport, the name Travis Jones is prominent. He leads an eclectic group called Houston Jones.

Houston Jones is a San Francisco-based high-octane Americana band, says Houstonjones.com, that performs an original repertoire that ranges from bluegrass and folk to blues and gospel.

Travis Jones (lead vocals, guitar), began performing as a child accompanying his mother on gospel tours in the South. He honed his soulful delivery in his years as a child preacher in churches around his native Shreveport, only to throw down his bible when he saw the Beatles on Ed Sullivan.

Posted by Robert E Trudeau at 8:22 AM