Schulze and Schneider open at MLP Thurs, May 14, 7:30 pm: edgy Stage Center production of Cabaret runs til May 23 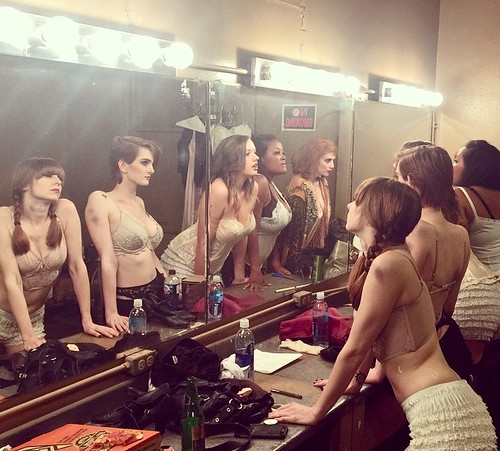 "It's an edgy but serious show - especially serious in what's outside of the Kit Kat Klub," says actress Aubrey Buckner of the Stage Center production of Cabaret, which opens Thurs, May 14, 7:30 pm, at Marjorie Lyons Playhouse.

"It's edgy in more than one way," she says, thinking of the mix of storylines and costuming reflective of decadent Berlin in the pre-WWII era.