All ages music and visual arts feast at Artspace Shreveport begins at 3 pm Sat, May 30: portculture as produced by Creative Intel and Leeaux Leo 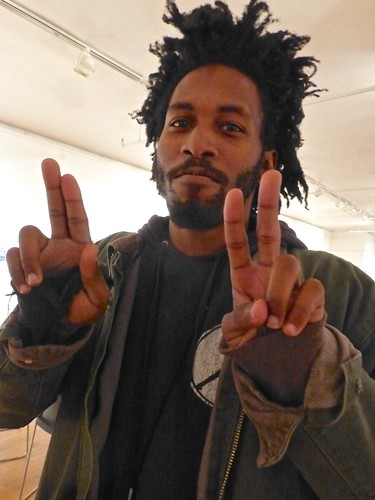 Making his mark on Shreveport via sketchery, paintings and by dreaming and baking events, Leeaux Leo reminds some of organizer April Dahm, some of arts producer and artist David Nelson. He is somehow both a questor and a producer.

He says, "I'm a creator of sorts. I spend my time finding inspiration from music and the arts / culture I expose myself to. In a sense I'm creating the world around me. I'm only 23. I want to do great things in the environment around me no matter where I'm at. My main goal is to inspire those who I reach with my artwork, or story."

Thus his omnivorous event at Artspace Shreveport on Sat, May 30: portculture.

Spy the surreal Texas Ave mural on the side of the Bikeshreveport.com co-op Bike Container. That's Leo's work. Says Leo, "I have a gift of art that has been with me since I was young. I don't take it for granted. Instead I use it to shape my world."

"We are a Port of Culture," he reminds. "A melting pot in the south. I'm here to help show this to the eyes of people who have not been paying attention before. Sometimes people knock our music scene but it's nothing bad at All. It just needed organization. So I made a team of friends to help do this under Creative Intel Productions, where we creatively provide aesthetics to our events, creative promotion, with art and intelligence."

A vignette to go with an Arkansas band, Move Orchestra, that Leo will present Sat night at Artspace: "I was living in Little Rock at the beginning of September and heard rumor of a band I grew up listening to formed a new band. They used to be called PMToday. They were signed to Rise Records. They formed a new project called Move Orchestra. I crossed paths with them when a friend of mine invited me to a show downtown Little Rock. I was selling my artwork and enjoying the show. Move Orchestra had a brilliant performance. It was something like i've never heard or seen before."

"Finally after building up the courage to talk to them," notes the rarely-shy artist, "I shared my art and gave Connor Brogan (lead vocalist, creative mind behind it all) some of my artwork and we shared how you can make a difference by actively supporting the music and art culture directly in your community. We talked for some time. I explained to him this is my purpose here, to create. We laughed and exchanged information. Soon after I booked my first show in Little Rock AR with a band I was helping manage at the time called The Hacking and some locals. Move Orchestra performed on it and it was amazing. They had a great time and we remained in touch."

Music begins at 3 pm. Admission, $10 before 6PM. $13 after 6PM. Comestibles for sale by Ki Mexico and Jester Food Truck.

Parking in Church parking lot located next to Artspace Shreveport. 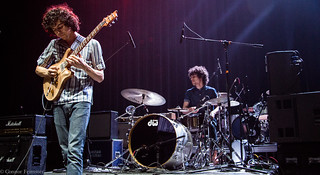