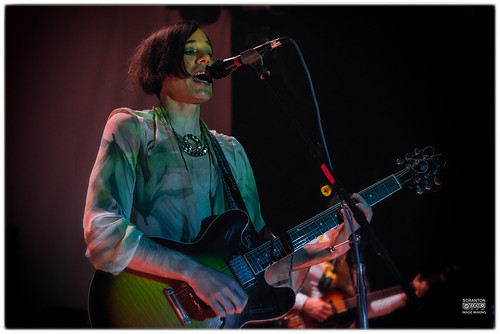 Kevin Barnes has yet to win a MacArthur Genius fellowship but I would imagine that he's been short-listed many times. He is a pop musician but is also a poet ("Empyrean abbatoir")of wrenchingly clear voice. Writing melodies and harmonies that bring to mind the Beatles, he likes playing in lysergic-drenched meadows. He is a cousin to Prince when he wants to see the audience dance.

One of my favorite Barnes works is "Hissing Fauna, Are You The Destroyer?" (2007). I also kneel at the altar of "Lousy With Sylvianbriar" (2013). That one was about his break-up with his wife of some years. But he's prolific and there is truly much, much more music to dig.

With his protean voice, love of tight harmonies and flair for costumes and makeup, Barnes is devastatingly cool. He is hideously aware of the vicissitudes of struggle. And how to laugh the sh*t off.

The latest from show producer Chase Boytim is that Of Montreal is bringing a confetti machine and psychoactive light show. And that chef Gordon Nurse will be serving gumbo under the tree, backa the house. And that the openers go on at 9 pm and of Montreal at 10 pm. 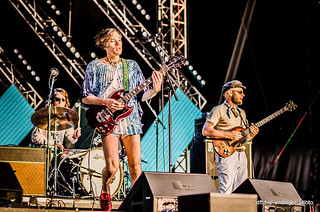