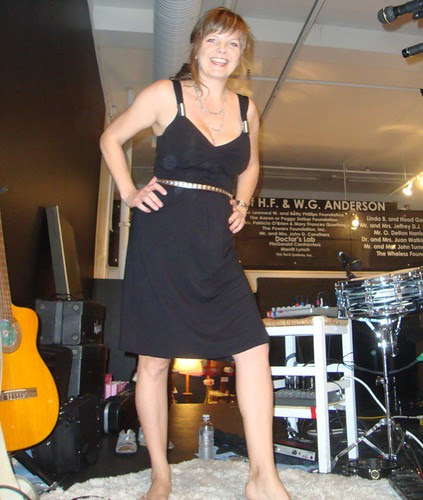 Genius on violin, percussion, guitar, voices and looping, Theresa Andersson is a fountain of music.

Two minutes into one of her youtube videos ("Na na na" has won 1.5 million views) one realizes that Andersson is a beautiful creature from another musical realm. First, she is a one-woman show; then top players are added to her musical flying carpet.

Raised in Gotland, Sweden, she has lived in New Orleans since age 18.

Her husband is puppeteer Arthur Mintz, the lad who brought a live-action puppet show called The Fantastic Mr Fox from New Orleans to Artspace Shreveport in 2011-2012. He has returned to Shreveport for a project with Moonbot Studios.

Posted by Robert E Trudeau at 5:10 AM

giddy at the thought of this