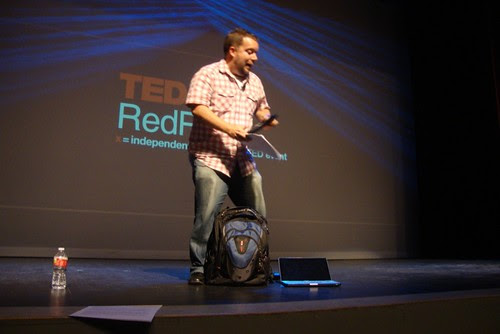 John Grindley, Shreveport, a photo by trudeau on Flickr.

In a story by David Dax in fastcompany.com, CoHab's John Grindley was persuaded to divulge a few of the secrets that are making Shreveport the vibacious stealth center of tech-minded Louisiana.


The story is entitled, "$1,000 Rent, Tax Credits, And "Shrimp Busters": Why You Should Start Your Startup In Shreveport."

"Silicon Bayou, anyone? John Grindley, the executive director of CoHabitat Foundation, makes a case for the Louisiana town at the top of the boot.

How did Shreveport become a tech hub?

There was a big oil bust in the '80s, and a lot of industry left. We had a hangover for 20 years, with not much diversity in our economy. Louisiana decided they wanted to attract a diverse, creative economy, and gave tax credits to film and digital media. Then further tax credits kicked in for software development. Initially that seemed to only apply to videogames, but we got the law changed to be interpreted as applying to all software development in the state, and that blew the doors wide open. Originally when the film industry came seven or eight years ago, they landed in New Orleans, but Hurricane Katrina made people shift focus to other parts of the state."