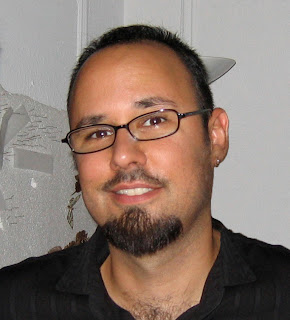 Kurt Milton Pickett, University of Vermont Associate Professor, passed away on February 11, 2011 at the age of 38. He attended Magnet High School in Shreveport Louisiana, earned his undergraduate degree from Louisiana State University Shreveport. He received his masters and PhD at Ohio State University. After a post-doctoral appointment at the American Museum of Natural History in New York City, Kurt accepted a position at the University of Vermont as an Associate Professor where he recently received tenure.

In the early 1990's as a teenager, Kurt was a vital member of ACT-UP Shreveport. He bravely worked as a lobbyist, activist and was instrumental in the early development of the Philadelphia Center, the HIV/AIDS Resource Center that services 10 parishes in north Louisiana. He was among a hand full of people who pushed queer rights into a public forum locally. He was always bold but compassionate about teaching others not to live in fear and to advocate for themselves, whether they were dealing with their sexual orientation or their HIV status. Many lives were touched by his knowledge and compassion.

A memorial celebration will be held in Burlington, Vermont on Saturday, March 26th at 2:00 p.m. in Ira Allen Chapel with a reception following in Billings Student Center. A second memorial celebration will be held in Shreveport, Louisiana on Saturday, April 2nd at 2:00 p.m. at All Souls Unitarian Universalist Church. Memorial gifts in lieu of flowers may be sent in Kurt's name to:
Philadelphia Center
2020 Centenary
Shreveport, LA 71104
Phone: 318-222-6633