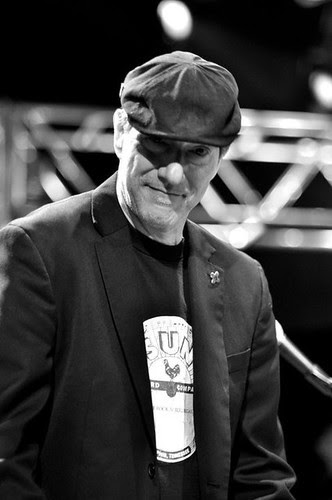 Chris McCaa, aka Prof Porkchop, Shreveport, a photo by trudeau on Flickr.

While his job at Two Johns Restaurant, Bossier City, on 12.12.12 is cosmically important, Chris McCaa is most happy about playing alongside songwriter Victoria Williams on Sun, Dec 17, at Fairfield Studios.

He says, "Everybody, and I mean every body, who thinks they're a rugged individualist - different and unique, possibly even weird - should come see the real thing: successful songwriter Victoria Williams."

Songs by Williams have been covered by Pearl Jam's Eddie Vedder ("Crazy Mary"), Lou Reed ("Tarbelly and Featherfoot") and Lucinda Williams ("Main Road"). She has appeared on "The Tonight Show", "Conan O'Brien", "The David Letterman Show" and toured internationally. A Shreveport native who has resided for the last twenty years in Josua Tree, California, she returns to her hometown for her first concert here in ten years.