Interdisciplinary academic symposium on the undead: deadline Jan 13 in call for papers by Bossier Arts Council 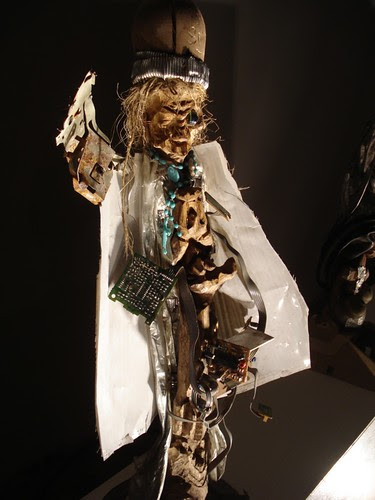 "This symposium seeks to explore the philosophical underpinnings of stories and images of the undead, which parallel the social, cultural and political concerns of the postmodern era," says Kendra Thompson.

"There are many avenues in which this topic can be explored; the ultimate goal is to bridge the gap between pop culture and serious academic research, so have fun with it, but also treat it as you would any other academic opportunity, says Thompson"

"This is an interdisciplinary academic symposium; all research is welcomed and will be considered by a carefully chosen jury made up of professionals from academia, film, theatre and the visual arts. Your proposals should be at least one full paragraph and submitted digitally no later than January 13, 2012."

Posted by Robert E Trudeau at 9:13 AM